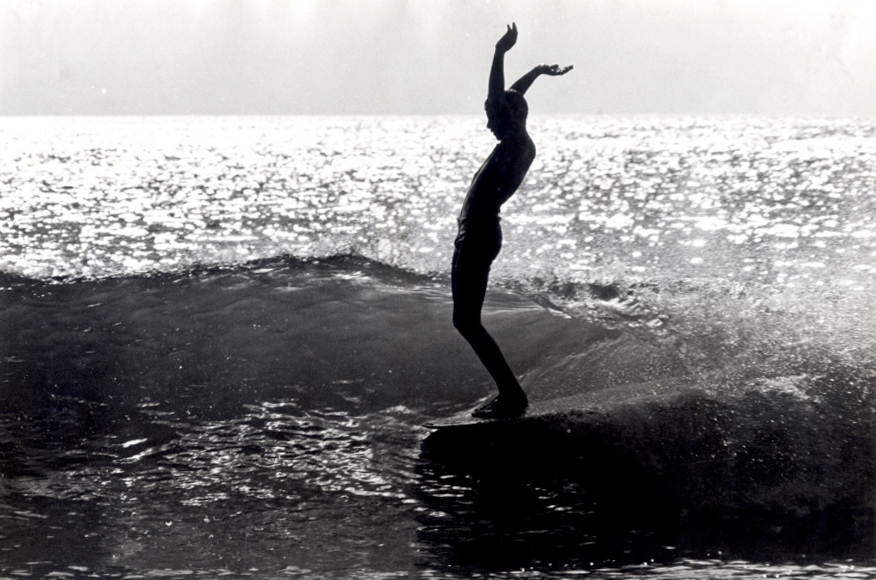 Every now and then you read an interview and are inspired by it.  We sent over some questions to skate pioneer Jim Fitzpatrick and the results are magical. Below, you’ll not only get to know Jim but you’ll be impressed as well. His answer about love and skateboarding is one of the ages. Sit back and then grab some air… or, at the very least, soar!

Current town:  I have two homes where I reside… Austin, TX and Santa Barbara, CA

A pioneer…yes. I remember clearly making my first skateboard at a friend’s house, and then returning home and showing it to my friends—explaining how we made it and how to ride it. I’ve been introducing skateboarding to people for more than half a century. That started when I was 8 and 9-years-old. By the time I was 12-years-old I was doing demonstration at stores and locations for Makaha Skateboards, and then that continued in 1964 when I took the 12 Makaha Skateboards to Europe. I traveled to 12 different countries demonstrating the magnificence of skateboarding. In 1965 at Santa Monica High School the Makaha Exhibition Team performed before 3,000 students who cheered and asked for more. In 1964, when I skateboarded beneath the Eiffel Tower, 100s of people cheered. In 1989 I returned to Europe with professional skateboarders Steve Caballero, Tommy Guerrero and Mike McGill. All members of the Powell Peralta Bones Brigade, our group also included an amateur skateboarder, Marc Saito. They performed before crowds of 1000s of young people in Zurich, Lausanne, Rome, Milano Marittima, Marseille, and Biarritz—2500 young people going bezerk! In the states when I began lobbying with California state legislators to change the state’s liability laws I had to pioneer all over again—the legislators were negative and looked at skateboarders as criminals. My goal was to personalize skateboarders and give skateboarding a new and fresh perspective that non-skateboarders could identify with. I had to change the culture of skateboarding as well as the mainstream culture—I had to create a common understanding…kids wanted to skateboard, and they needed safe places to practice their sport of choice. I launched an incredibly successful letter-writing campaign—more than 100,000 letters were generated and delivered to CA state legislators. They had to attend to the demands and suggestions of the constituents. Liability laws in CA were tweaked to allow cities and municipalities to open public skateparks and the world became a better place. 30 years later there are nearly 4,000 public skateparks around the US.

I’ve been fortunate to share experiences with 1000s of children around the world. My wife and I founded and operated a school for more than 40 years, the difference of demonstrating details to young learners that they absorb and bring into their lives is phenomenal aspect of being a ‘teacher.’ We graduated in Italy from a Montessori teacher-training program established by Dr. Maria Montessori’s son, Mario. He was a gruff elder when we connected with him. He was tough, he’d been a boxer (“a pugulist!”) when he was young. He guided us toward the importance of helping children discover their own inner selves, of creating the opportunity for them to learn at their own pace, at their own interest…very much like presenting a young person with a fresh skateboard and inviting them to discover what they can do. “See what these others are busy doing, you can begin with this and then learn how to do more…” That’s the core of learning to skateboard and how lessons are presented in an authentic Montessori school.

Mad Dogs & Englishman with Joe Cocker and Leon Russell. I’d done work for Bob Garcia at A&M Records and he invited Frances and I to [the] tour’s show in Santa Monica. We ended up on stage [with] Rita Coolidge and others in the chorus. It was organized chaos on stage. Sex, drugs and rock and roll. I’d never seen piles of cocaine before. Mayhem until Mr. Russell raised his finger, and hell that had broken loose came to order and Joe Cocker raised the roof.

I was a cryptorchidist. I’m ambidextrous. Surfing and skateboarding successes at a very young age put me in situations with people and places that I never would have experienced otherwise. I am very grateful for what I’ve lived, for the experiences I’ve shared with others. I’ve been involved in situations that were life-threatening, death was right there, and I didn’t die. I’ve solved problems for myself and for others—I believe I’m a problem solver.

I watched Tony Hawk attempt a no-handed 720 ollie for hour upon hour at his ramp. His frustration transformed to inspiration and eventually to accomplishment. I was in Las Vegas with Lance Mountain who was uncharacteristically frustrated with himself…he wanted to pull a McTwist and couldn’t. He was genuinely upset, a side of Lance I hadn’t seen in years of travel with him. Exasperated, he dropped in on the Hard Rock ramp and pulled a McTwist outside the edge of the ramp, beyond the coping and then brought his feet and board, somehow, back to the ramp’s surface to complete the trick. He rolled off the ramp, threw his board down and waked away, caught a cab to the airport and returned home to LA. So many great experiences with Rodney Mullen, with Cab, with Tommy Guerrero, with Ray Underhill, Frankie Hill… Jim Thiebaud might have expended more energy and more enthusiasm than any other… we were in West Virginia when he was ‘credit carded’ by his board, the nose off the ground and hit him squarely in the groin. He was hurt. Moments later in the van he asked me to check out what had happened. His jeans were soaked with blood, eventually he lowered his shorts and I realized his scrotum had been ruptured and his testicles were outside his body—still intact, but these super white ‘nuts’ needed to be put somewhere. Jim always gave more, every demo, every circumstance. Kids wanted something of him, he was there. He’s always been there for fellow skateboarders.

I have a problem with successful people pitching “You can be anything you want to be…” to kids and young people. I’m sorry, that’s just not true for everyone. Our daughter was put on early to be a ballet dancer. Her size. Her weight. I didn’t know it when she was born or even when she was five-years-old, but when she was six she went to a performance of The Nutcracker and that set her on a path. By the time she was 14 she was a prima-ballerina in a dance company. Naturally her younger sister wanted to follow along, and she did, but when she was 11 she grew six inches, and by the time she was 14 she was nearly 6’ tall. Fortunately she was introduced to an excellent volleyball coach! I say, know yourself, discover what you are and what you’re capable of, and work to find out what that can become. When I was a boy my father was in a development meeting at Convair Aeronautics in San Diego. He’d survived two stints [in a ] Japanese POW camps during WWII, he was a copy writer at Convair, the company was developing rocket missiles for ICBMs. At one point in the discussion one of the management leaders muttered, “What we need is a filmmaker, we need somebody who can document this whole thing and turn it into an informational film…” My dad thrust his hand into the air, “I’m your man!” He had a great time that night over drinks explaining to my mom and a few friends that he was the new head of the Motion Picture Division of Convair Aeronautics, beginning a 30 year film career by raising his hand. He said, “What? I’ve seen movies, haven’t you? What could be the problem?”